Who even says there’s a video? Two reporters? Who says the image came from the video? At least the question is being asked in a public way.

Have to try and comment and remind them that video fakery has been going on since moving pictures were invented. They’re called something rather unique: movies.

via Video forensics: How easy would it be to fake a Rob Ford video? – Technology & Science – CBC News.

I had an ah ha moment when listening to the aforementioned Fetzer interview with Sophia.

How can a business continue with virtually no revenue? from Wikedpedia:

In July 2009, some of Twitter’s revenue and user growth documents were published on TechCrunch after being illegally obtained by Hacker Croll. The documents projected 2009 revenues of US$400,000 in the third quarter and US$4 million in the fourth quarter along with 25 million users by the end of the year. The projections for the end of 2013 were US$1.54 billion in revenue, US$111 million in net earnings, and 1 billion users.[3] No information about how Twitter planned to achieve those numbers was published. In response, Twitter co-founder Biz Stone published a blog post suggesting the possibility of legal action against the hacker.[126]

In other words, they probably don’t make any money. What type of organization so prominent in the tech world can operate for almost 7 years without revenue? Answer: military (with a government front) organization.

Most readers he already agree that Facebook is a military corporation with a fake frontman used to gather otherwise impossible secrets from willing shitizens. The second internet component, Google, already dominates email and searches and surfing (via blacklists). So with these two pillars in place, it makes sense that Twitter is the third (trinity)l leg of this military control.

All three organizations have impossibly wealthy frontmen, which due to the mysticism of the tech world (ie. magic) has most people just wondering in awe at the magician and not questioning any aspect of its basic business function. (witness the 2000 tech crash)

So why would they give us Twitter? Well the a-ha moment came when Sophia mentioned that Twitter was part of IPAW, or Integrated Public Alert and Warning System. Apparently Twitter is one the approved corporations for this agency. I thought to myself how can such a useless way of communicating, ie. 140 characters with hashtags and pictures, controlled by a central server at one company, be effective? How can it really help in times when maximum communication is necessary, as in a disaster or emergency? The concept is ridiculous.

To me it’s analogous to giving out coke bottle bottom glasses to everyone and telling them it’s the next big thing (Google glasses anyone?). Make people want them, create buzz, get the kids hooked (the real key). Next thing you know, people will be bumping into each other, going nowhere fast. They won’t be able to function after a while, and eventually they may even go blind.

I see this with twitter. It’s easily controlled and filtered. The youth using it today can’t speak an intelligible sentence. Try explaining the 9/11 psyop in a series of 140 character messages. You can’t. Add a dose of global warming hoaxed, ADHD riddled, lock down prepared student drones and in a few years you will have a completely helpless and clueless population.

We have an emerging communication hobbled generation that literally will not be able to coalesce or organize in a meaningful way to resist their herding.

Gone are the eloquent speakers or musicians. There are no MLKs or John Lennons of this generation. Today we have Twitter trends and Facebook likes guiding us. They are a lot harder to tell if they are real, as they are two dimensional. Three dimensional flesh and blood figures were hard enough to verify. Boy technology has made things so much easier to manipulate! And you thought it was for your own good! Talk about disguising the medicine as poison! The serpent would be proud! 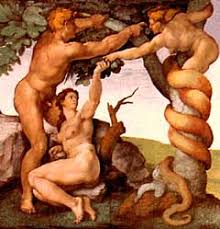 Is this too much over-thinking of something completely harmless? Perhaps, but unlikely.

Remember those that rule over you have the best thinkers thinking for them. And they do a LOT of thinking while you’re sipping beer at the latest sport event.

Just listened to another radiofetzer broadcast with two “oh so close” to the truth guests. Many listeners tell me that a breakthrough is coming in getting the media fakery word out. They just may be right.

At the 1:24:00 mark of the show, Sophia posits “what is no-one died at Sandy Hook?” or “what if no-one lost legs at Boston?”, to which Fetzer let out a big guffaw and laugh. This is such a critical point I was anxious to see how it was brushed off, and in true form, Fetzer did not disappoint. The only thing left for her to say, which I was waiting for, was “what if no-one died on 9/11?” Think of the laughs that one would have got!

The way Sophia was constructing the probably mechanism for creating such a fake event via drills was the best I’ve heard so far. Her explanations for why those who “acted” the way they did made great sense.

I strongly suggest you listen to the broadcast here:

Revelation of the method: in case the average slave wasn’t smart enough to know why the plane part was planted (oh, and they explain away the rope on the part too).

Thankfully, most of the country has at least begun to push through the healing process. The plane part is, in a way, symbolic of the effect 9/11 still has on America. Even though it’s a decade in the past, there are small reminders: the controversy of the Islamic community center being built near Ground Zero, and missing family members and veterans of the wars that the incident precipitated.

For those affected that have begun to heal, the piece is undoubtedly a strong reminder of what caused their pain in the first place.

The recent Boston marathon bombings provided another reminder, as well as a nationwide media frenzy. For Americans, terrorism as it was witnessed in Manhattan and Boston seems to be the most terrifying, deadly form of violence. The resulting manhunt and security alterations from both events were unparalleled, and reopening the investigation seems to reflect that.

…and the 9/11 legal sideshow band plays on… Even if you don’t pay attention or care about the story, your subconscious absorbs it, reinforcing the myth.

World Trade Center Properties LLC lost its bid to prevent American Airlines and its parent AMR Corp. (AAMRQ) from raising “act of war” as a defense to its alleged negligence in the Sept. 11, 2001, terrorist attacks.