Nuclear power can never be cheap for one simple reason: it doesn’t exist. Allowing the cost to come down would reveal it for what it is: a paper tiger…or better yet, a mirage or illusion.

No isolated region has or will ever operate exclusively on nuclear power, since it doesn’t exist.

The nuclear industry is a giant ponzi scheme. It oscillates between being a magical power and a catastrophic apocolyptic destroyer of the planet.

It’s akin to the most beautiful virgin who carries a deadly disease. Forbidden fruit.

This is the only explanation I can come up with to explain the endless articles like this one. Shift your paradigm and see how it makes nuclear power stories suddenly make sense.

Is it safe? That’s what most people — brought up on Three Mile Island, Chernobyl and The Simpsons — want to know about nuclear power. And for the most part, the answer is yes. Accidents are rare, and those that have occurred — including the partial meltdown in Fukushima, Japan, in 2011 — have resulted in few deaths.

On a side note, two similar little brothers to nuclear power are wind and solar. The difference is they work and actually exist, but not well enough to supply steady power. They can never work well or be cost effective, since their fuel source will always be variable.

There are only two reliable, constant fuel sources. Burning and hydro, in that order. Since their is an endless supply of coal and garbage and possibly natural gas, and of water flowing downhill, there is clearly no real energy shortage. 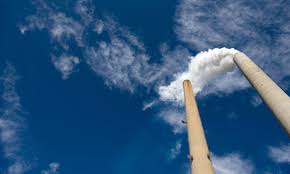 The shortage is man made and artificial for two reasons. To control the herd and its movements, and to make the controllers rich and keep themselves in power.

How long until enough thinking people resonate this message globally and reveal the man behind the curtain?