0
Be the 1st to vote.
Support the site via Patreon | Other ways to donate

This “real victims” situation is very similar to what happened for example around Smolensk “crash” with Polish president in April 2010.
Lots of very well known people disappeared from public life as a result of this psyop but it doesn’t mean they really died that day . IMHO states are run by secret services via their agents , assets in media politics , church and whatnot . In one point in time they are given an order from their managing officers to “die” or give a false personal account to some particular event just like a screen writer decides what happens to his characters in the movie .

One needs to look at televised world around us like it is a soap opera because that’s what it really is .

Should be pretty easy to prove that I’m wrong about the Sammy Yatin Streetcar Hoax. Just show me a certified copy of the death certificate and I’ll admit I went too far on this one. Of course, if someone issues a false document in Canada, there are criminal code consequences

56.1 (1) Every person commits an offence who, without lawful excuse, procures to be made, possesses, transfers, sells or offers for sale an identity document that relates or purports to relate, in whole or in part, to another person.

I believe that these psyOps are performed within the confines of the law. Apparently that’s pretty easy, since lying via the media is legal. Some components, if forged for reality, are illegal, and therefore avoided. Sandy Hoax is apparently stalled on the releasing of death certificates of the simchildren. They are even going as far as passing a law in Connecticut to allow the avoidance of breaking the law of forgery of death certificates just for this case.by not requiring the release of these certificates.

Will that happen in Toronto? Can we have any citizen of this country interested please contact serviceOntario for a copy of this man’s death certificate so we can stop our fakeologist investigation?

Americans are so efficient at their psyOps. Their start to finish is a few months. Due to lack of interest and funding, Canada’s hoaxes drag out forever.

Eagerly awaiting the next crop. Since it’s August, will they feature the #8? Is August traditionally a good psyOp month? Perusing www.historyplace.com…, we see a number of events that were most likely fake. Couple of atom bombs and the Lady Di Hoax stand out.

“I spent 11 years in hell. Now your hell is just beginning,” she said. “You will face hell for eternity.

“From this moment on, I will not let you define me, or affect who I am. I will live on, you will die a little every day.”

US intelligence leaker Edward Snowden has left the Moscow airport where he had been staying since June after being granted temporary asylum.

Another psyOp, another unsatisfactory ending. Even the ACLU is part of the operation: they appear to be a watchdog, but in fact, they aren’t really. So I guess that closes the chapter on this Boston Marathon Hoax sideshow. Move along people, the next psyOp can’t be far down the road.

State investigators in Florida have rejected a request for an independent investigation of the fatal shooting of a Chechen man while he was being questioned about his ties to one of the Boston Marathon bombing suspects.

Swindle side of PsyOps hoaxes

It’s one thing to deceive people into thinking a certain way, it’s another thing to steal their money. I’m not sure giving to a charity under false pretenses is illegal — but it should be. Chances are it is legal, as most psyOps work within the limits of the law.

“Hopefully one day, when people hear ‘Tim Bosma,’ it’s not just about what happened to him. It’s what hopefully becomes a legacy going forward.”

Donations to Tim’s Tribute can be made directly to Christian Stewardship Services, Suite 214A – 500 Alden Rd., Markham, Ont., L3R 5H5, payable to CSS with the memo notated to “Tim’s Tribute.”

via Widow of Tim Bosma finds hope in her new charity – Hamilton.

During the night of July 6th, a derailed train carrying crude oil caused explosions and a devastating fire in downtown Lac-Mégantic. Canadian Red Cross teams are actively responding to ensure that the needs of evacuees are being met. Some of these people have lost everything. Your help is urgently needed.

The real victims of psyOps are those that are swindled out of their money for hoax events.

Here’s a personal message to the Canadian Red Cross: it’s because of the above support from your website of a fake event that I will never donate one red cent again — and I gave plenty in the past.

So the next real set of victims of these hoaxes are legitimate victims who needed and will need help in real situations. Thanks to their lack of fact checking at the Red Cross (someone in the power chain must be connected), the Red Cross has permanently defaced their name. How sad. 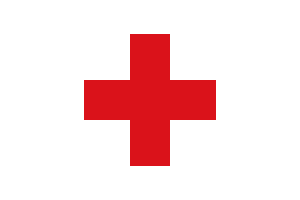 Ok, so perhaps August will be an eventful month of psyOps? Can’t they let off on the fakery for even one month so we can catch our breath?

The U.S. State Department issued a worldwide travel alert for the month of August, citing a threat of an Al Qaeda attack possibly “emanating from the Arabian Peninsula.”

All in all, I have to say that this video exhibits the full range of tell-tale / trademark-features of psyoppyish ‘amateur footage’. The constantly shaky, ‘wobbly’ and ‘pastel-colored’ imagery, the excruciatingly silly soundtrack (for maximum ‘emotional effect’) dominated by an ‘inconsolable’ sobbing man + constantly whining sirens, as well as the usual dose of oddities and aberrations. The part where Carlos adresses a motionless (ketchup-faced and barefooted) woman lying on the ground is priceless (6:30 into the video). He tells her to “stay calm” – then calls for assistance at the top of his lungs and shouts at her when she turns on her side – all this as he (supposedly) keeps filming with his stupid camera! And you’ve gotta love the wondrous physics involved with that Detached Coach ending up on that hill – upright and mostly intact – yet with all its wheel assemblies stripped off !

Best way to hide a story is to release it late Friday.

We now have our explanation for the West, TX fertilizer hoax. Sometimes it takes a while to get the reason for these media events. It’s almost always about fear and money (for urban renewal).

The Obama Administration on Friday declared the deadly fertilizer plant explosion in the central Texas community of West in April to be a major disaster, approving the use of wider federal funding to help the town rebuild.

The Quebec money was much more forthcoming. Canadian governments are much looser with money they don’t have.

Colombia: at peace for now

Bernie kill shot and oil is the devil’s excrement

This is better than the movie

Here’s why, including the obvious. The Infectious Myth – Gregory Brown on Biological Males in Women’s Sports 2020-02-18 by Progressive Radio Network Web player: podplayer.net/?id=96354727 Episode: mcdn.podbean.com/mf/web/98tm3p/TIM_021820.mp3 Gregory Brown is a Professor of Exercise Science who recently submitted an expert report on the impact of biological males, such as transgender women, in female sports. Some … END_OF_DOCUMENT_TOKEN_TO_BE_REPLACED