Mrs. Fakeologist says it must be Vaporub – onions make your eyes water more than your nose run as seen here in this extraordinary find by Xileffelix.

Only 400 some views and no comments – where’s the outpouring of HHH emotion for this story? (not that I trust Gootube stats)
Start at 0:46 for the 15 seconds of hand-to-nose action. 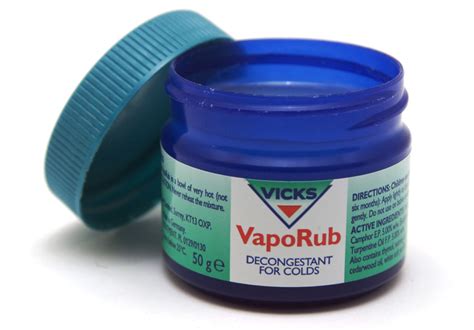 Former Humboldt Broncos board members say a fund set up in the days after the fatal bus crash was an attempt by the Saskatchewan Junior Hockey League president to go behind their backs and capitalize on the tragedy.

They say they’re talking about this now because they didn’t have the energy to do it at the time, as they were dealing with the fallout.

The H3 coroner is going to try harder, and other legislation borne from the hoax.

Saskatchewan’s chief coroner says a public mix-up in identifying two hockey players involved in the deadly Humboldt Broncos bus crash means, in the future, his office will be more careful in releasing names.

Neil Armstrong did a better job reading his lines at a press conference.

Even the Crown switches from the bare facts to emotional appeal, which has nothing to do with sentencing for a straightforward highway traffic offense.

More proof that this is a completely staged event one of Canada’s biggest ever.

Why does anyone need a lawyer(s) to plead guilty and not have a trial?

The fakery Factory is soon-to-close for this ridiculous story.

The media has already spun enough personal grief stories to obscure any conflicts with the official story.

Methinks this story worked so well, future hoaxes will need to involve hockey. After all, the hoax is reinforced every Saturday night with some tribute, perhaps infinitum.

Outside the court, Sidhu’s lawyer read a prepared statement, saying his client feels terrible and is very sorry.

“His position to me was, ‘I just want to plead guilty,'” said lawyer Mark Brayford.

“Mr. Sidhu advised me, ‘I don’t want to make things any worse.'”

The lawyer went on, stating that Sidhu is devastated by the grief he’s caused the families.

“He’s overwhelmed by the expressions of sympathy and kindness that some of the families and players have expressed to him, in spite of the fact that their grief is entirely his fault.”

This is amusing, if not likely fake. If true, then the real fraudsters apparently don’t tolerate competition. If false, then this story is again used to google search block anyone wondering if the Humboldt Hockey Hoax GoFu**Me constitutes fraud.

I sincerely doubt there is any regulator body anywhere, if not the police, trying to figure out which GoFu**Me campaigns are legit. When you donate your money to any cause, there are no warranties or refunds. When you give to the beggar at the end of the hiway off ramp, is anyone checking that he doesn’t get into his Mercedes at the end of the day?

RCMP in Saskatchewan say a man has been charged after two fake fundraising efforts for the Humboldt Broncos junior hockey team were discovered. Police say a joint investigation last month with the province’s Financial and Consumer Affairs Authority uncovered an alleged investor fraud running under the name Aero Capital Inc.

Source: Man charged with fraud in money-raising schemes for Humboldt Broncos | The Star

First the book, next a movie.

All to solidify the myth.

The author of a book about the Humboldt Broncos and the deadly bus crash that rocked the junior hockey team says he had good intentions in choosing to publish the story.

I get many truck crash videos via the forwarding frenzy that is Whatsapp (owned by facebook, and clamping down on forwarding). Most are in Punjabi, since most truckers in Canada are from that part of the world.

I offer these mainly to show what a real truck wreckage scene looks like, unlike the Humboldt Hockey Hoax footage.

Punjabi’s are great users of technology, and always have the smartphone video rolling.

This video features a cab detached from the chassis, with the driver still in it.

The key players who made the hoax happen, and know the truth, don’t stick around for questions. They’re akin to economic hitmen, a famous CIA technique for taking over countries.

he man who became the public face of the Humboldt Broncos in the days after the hockey team’s bus crashed in the spring has stepped down as president of the organization.

The Humboldt hockey hoax was the biggest psyop so far in Canada in 2018.

Transport Canada says it will soon require all newly built highway buses to have seatbelts.

Mandatory seatbelt use on buses has been in the spotlight since April 6 when a bus carrying the Humboldt Broncos junior hockey team collided with a semi-truck in rural Saskatchewan. Sixteen people were killed and 13 others were injured.

A lawsuit filed by the parents of one of the players this week asked for a court order requiring all buses carrying sports teams in Saskatchewan to be equipped with seatbelts.

We can only hope all parents are this civic minded when their children die.

I’m not against the new rules, just against how they get pushed to the front. Are all laws born from noble lies?

Mandatory entry-level driver training (MELT) is coming to the trucking industry in Alberta, with an expected implementation date in January 2019.

Alberta’s minister of transportation, Brian Mason, made the announcement today at the Alberta Motor Transport Association (AMTA) office in Calgary, saying in the wake of the tragedy involving a tractor-trailer and the Humboldt Broncos team bus, the need to address driver training was moved to the front burner.

Infinite Plane Theory doesn’t claim to know the unknown, nor does it attempt to explain away the gaps in our knowledge.Just because you may experience and observe the world as flat doesn’t mean you’re informed enough to know what lies at, or beyond, what’s printed at the edge of the maps. Is it safe to assume … END_OF_DOCUMENT_TOKEN_TO_BE_REPLACED

She won’t play one but she is one

Double fake time for this mtf. Halle Berry now says she is passing on the role. In a statement posted to Twitter, she wrote, “As a cisgender woman, I now understand that I should not have considered this role, and that the transgender community should undeniably have the opportunity to tell their own stories.” consequenceofsound.net/2020/07/halle-berry-trans-character-film/ … END_OF_DOCUMENT_TOKEN_TO_BE_REPLACED

Two sane voices in the satanist inspired world. Only money can add another box, and they’ve got lots of it. The Infectious Myth – Linda Blade on Male Bodies in Women’s Sports 2020-05-26 by Progressive Radio Network Web player: podplayer.net/?id=106383812 Episode: mcdn.podbean.com/mf/web/zmc0f0/TIM_052620.mp3 Linda Blade was a Canadian Track and Field Champion, and NCAA All-American in … END_OF_DOCUMENT_TOKEN_TO_BE_REPLACED