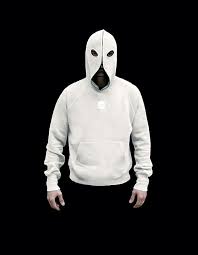 Police and politicians across the U.S. are pointing to the example of surveillance video that was used to help identify the Boston Marathon bombing suspects as a reason to get more electronic eyes on their streets. 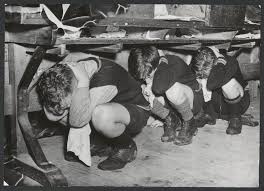 Duck and cover is way in the past, so let’s try something else: backpacks (from the Boston Hoax story)

Ordinary, except for her brand-new backpack.

Despite the girly pink fabric and pretty fairies that adorned it, Jaliyah’s backpack offered military-grade protection. It could literally stop bullets.

“It protects me,” she said.

On the morning before Jaliyah took her bulletproof backpack to school for the first time, her father, over a bowl of Fruit Loops, had some grown-up explaining to do.

What are the chances of anybody being imprisoned at Gitmo?

This story has all the magic numbers to indicate that all of it is probably fake.

There is really no reason to believe that anything is happening at Gitmo. The stories surrounding it remind me of Osama BL. We caught him, we lost him, he lives, he dies — Obama will close it, he’ll leave it open, he’ll close it in the near future, the far future. A perfect psyOp to perpetuate the notion of a terrorist prison and torture, in an isolated place that no-one can visit or verify.

Just like the Supermax prison in Colorado. Full of sims.

The body of Andy P. Hart, a 38-year-old US federal public defender, was found last week with a self-inflicted gunshot wound. According to Truthout, an investigative blog, news of the attorney’s death came only this Wednesday from an investigator working on Guantanamo detainees’ habeas corpus petitions. That investigator requested anonymity.

Hard to keep one’s eye on the ball-earth and come to terms with how its geography can be levelled out and presented flat. Globe earth is so complex to render in 2D that we have hundreds of different maps and projections as experts like to label them. Source: all unreal | South is Center – … END_OF_DOCUMENT_TOKEN_TO_BE_REPLACED