I’ve always been fascinated with Holocaust research, mainly because in Canada we’ve been told it’s too dangerous to talk about it at all. Early on, one of my favorite politically incorrect columnists was Doug Collins.  He got into trouble for simply publishing the words “Swindlers list”, in reference to Spielberg‘s movie Shindlers List. He was dragged through a human rights tribunal trial, and eventually his name was smeared for questioning it. 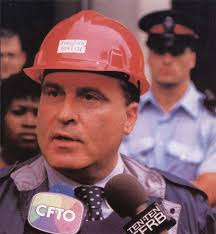 There aren’t two people I’ve listened to more on 9/11: Jim Fetzer and Simon Shack. This is mainly because no two researchers have spent more time up to today talking about it.

That said, I’ve long ago determined through many helpful researchers that Prof. Fetzer refuses to see the logic in discarding clearly fabricated media to reach all of his “scientific” conclusions. It is for this reason he can only be considered delusional or more than likely controlled opposition. You only need to have credentials in critical thinking to determine that if you build a house on a faulty foundation then it will fall down quickly upon examination.

Fetzer’s latest “beyond a reasonable doubt” conclusion that 9/11/WTC was a neutron mini-nuke event is simply a hoax built upon an older hoax. (hoax²) The preposterous leap that a magical weapon that could destroy an entire building complex, including one million tons of 2 buildings in 9/11 seconds is beyond sorcery, yet he persists.

Simon dispatches Fetzer quickly in his post, which is part of a dedicated shill thread on Prof. Fetzer.

Allright, ladies and gentlemen – the mystery is solved! Bring out the champagne!

See, mini-nukes were used to bring down the towers. Yup. At least, that’s what Dr Fetzer and a trio of ‘nuke-experts’ have now determined, apparently with utmost certainty and“beyond all reasonable doubt”. No kidding. A few exerpts:

I still find the variety of guests on Fetzer’s show interesting, so I will still listen with a critical ear. When it comes to his JFK-9/11 research, I usually fast forward or skip altogether. I do thank his show for equating 9/11 and JFK in my mind, and revealing what few ever talk about — that JFK was also a completely fabricated event — complete with a mountain of phony photos and of course the famous Zapruder fake film.

More distraction over the real issue: not only was there no Canadarm, but there was no mission (ever).

Hard to believe schools are named after this NASA actor.

“I believe he should have been there. I mean, come on, how many MPs have actually used the Canadarm in space?”

Like there was any doubt before, but now it’s just blatant that Spielberg took over where Kubrick left off, reinforcing psyops with big Hollywood budget movies.

DreamWorks and Warner Bros will team on Steven Spielberg‘s next film American Sniper, with Bradley Cooper aboard to star in the autobiography of Navy SEAL Chris Kyle

Hard to keep one’s eye on the ball-earth and come to terms with how its geography can be levelled out and presented flat. Globe earth is so complex to render in 2D that we have hundreds of different maps and projections as experts like to label them. Source: all unreal | South is Center – … END_OF_DOCUMENT_TOKEN_TO_BE_REPLACED