Arc300 from CF nailed this story for me

Imagine any one of your neighbour’s houses. Imagine the events depicted in this story happening in that house. How long do you think it will take before you notice that there is something going on? Sexual abuse, being chained up, having babies, miscarrying. Washing, bathing, showering, flushing the toilet, washing and drying clothes (at least one of the women was well groomed!) all make noise, and hot showers vent visible steam to the outside world. Cooking! The women were not starved, so a lot of food must have been bought and cooked. Nobody smelt the excessive cooking? Nobody heard screaming, whimpering, shouting, crying.

I’m going out on a limb here, but I’ll make the bold claim that most normal, functioning humans would notice something was up in the neighbour’s house within ONE week of it beginning.

His brothers were arrested but released without charge. Why were they arrested? Was it because they lived in the same house… yet didn’t notice the bevy of captured women miscarrying in the basement?

Why is the Assderson Cooper video above shot in the backyard of a wealthy person’s house with swimming pool and large lawn? Is it because if they conducted the interview at the scene, we’d clearly see how closely the houses are crammed together, and how little privacy would be had by an evil captor? And why are people who appear to be of the *ahem* wrong socio-economic group wandering in and out of shot in this private residence?

But for me the biggest red flag is the claim that the girl said:

Among other things, this sounds a lot like another pseudo quote from a pseudo phonecall by a simulated victim on one of the CG aircraft on 9/11.

Here’s Anderson Cooper interviewing our lead actor in a backyard (green screen most likely) that appears nowhere near the 2203 Seymour St in Cleveland. Note the McDonalds reference 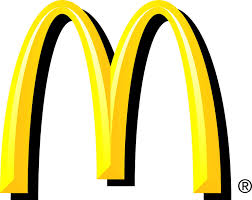 Doesn’t look like there’s much room for a pool in the back here.

Of course now we have to review the equally bizarre Elizabeth Smart case of years ago. It made no sense to me at the time but makes perfect sense in the era of media fakery.

I’m sure it’s a coincidence that Missing Children’s Day is coming up.

Lucky for us, the two other profile women abducted were immediately available with their comments.

“I think it’s so important to respect their privacy to try to help give them every chance they can to find their own way, to find their own pathway back to some sense of well-being,” Smart told Good Morning America.

Smart, who also created a foundation to prevent child abuse, had some advice for the trio in how to deal with the memory of their captivity at the hands of the primary suspect, Ariel Castro, 52. His brothers, Pedro Castro, 54, and Onil Castro, 50, have also been arrested in the case.

Looking back at the above two cases, we see the stories are full of our favorite occult magic numbers 11 and 9. The obligatory foundation was also set up I see to capture the public’s purse as well.

My guess is that we won’t see any real people here. Whether they’ve taken real missing children that really haven’t been found or created sims doesn’t matter.  The fact is we have our full complement of media fakery anchors and teams doubling down here, barely getting a breather from the Boston Hoax.

Maybe they do earn all their fakery money.

Update: It appears there is a Hollywood movie that may have been a template for this story: The Factory

Its too bad they dont live in a suburban area with multiple neighbors that have lived there for more than a year that can give some coherent testimony about the three kidnappers. Damn, I guess he’ll have to do. Big Mac, I’m hungry.

Hard to keep one’s eye on the ball-earth and come to terms with how its geography can be levelled out and presented flat. Globe earth is so complex to render in 2D that we have hundreds of different maps and projections as experts like to label them. Source: all unreal | South is Center – … END_OF_DOCUMENT_TOKEN_TO_BE_REPLACED