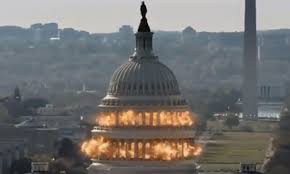 Always good to stay up to date on the latest in Hollywood fakery. After all, it may appear as “news” on a telescreen near you. 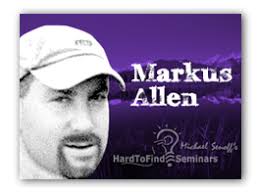 Markus goes a few rounds with Joyce Riley (of In Plane Sight fame). Markus  uses a lot of absolute statements that get him into trouble, and in this audio, callers and host take him to task for it.

I’ll give him points for getting a few hints of media fakery into the conversation, but it is very difficult to get the message out without being redirected and distracted to many different tangents.

One criticism I have for many who are trying to get the media fakery angle out is to stay on point. While it’s tempting to take a tangential diversion on one of your key words or phrases, it usually leads you and the listeners astray, and your original sentence/thought never gets completed.

Misguided or controlled hosts do this all the time. They take a thought and lead you far away from where you wish to proceed. By doing it yourself, you’re only helping them with their goal of missing your point. 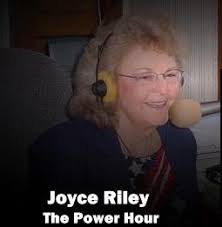 Finally, Canadians will have a reprieve from the shameful and down right silly fakery that is Chris Hadfield on the IFS (International Fake Station).

Astronaut Chris Hadfield is scheduled to speak to the media this morning from Houston, where he is undergoing rehabilitation and debriefings after spending five months aboard the International Space Station.

I hope Chris paid tribute to Wernher Von Braun , the Godfather of Space Fakery, as Walt was to Mickey. 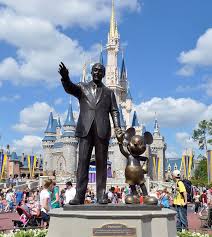 Angelina Jolie is taking no chances. The actress, director and mother of six, 37, underwent a preventative double mastectomy in February 2013, she reveals in a frank, moving essay in theTuesday, May 14 edition of the New York Times

via Angelina Jolie Had a Preventative Double Mastectomy – UsMagazine.com.

What if all she really needed was a boob job to replace sagging breasts? How would we know? Who could check? Isn’t bringing awareness to this serious issue a good enough reason to lie? A noble lie? Where have we heard this before? Is this Hollywood being used for good?

At THE “CHATBOX” • Cluesforum.info, nothing is sacred, including Angelina’s breast material. Could something as seemingly harmless as this story be fake?

It was also a perfect PR opportunity to strenghten her image of a dogooder , saint almost . Instead of another aging Hollywood star faking titts she became a martyr As the “trial” begins of the mystery man accused of killing someone for a truck via (free) internet advertising sites, we must start examining details like:

There are many missing details from this initial case. Is anyone paying attention? Is the public so numb to crime and media that they can’t critically think or differentiate between reality and acting?

Dellen Millard stood tall and emotionless in a jammed-packed Hamilton court Wednesday morning as he was formally charged with the first-degree murder of Ontario father Tim Bosma.

As the “trial” begins of the mystery man accused of killing someone for a truck via (free) internet advertising sites, we must start examining details like:

There are many missing details from this initial case. Is anyone paying attention? Is the public so numb to crime and media that they can’t critically think or differentiate between reality and acting?

Dellen Millard stood tall and emotionless in a jammed-packed Hamilton court Wednesday morning as he was formally charged with the first-degree murder of Ontario father Tim Bosma.

If you just found out your husband was murdered and his body burned beyond recognition, would you

Lots of wailing, whining, sniffing, but no tears. Faking tears is apparently very difficult. Other dry eye events for your consideration

More on the problem with crying:

4: Crying
In his excellent bio/tute I’ll Be In My Trailer, Wargames and The Shield director John Badham discusses the thorny subject of being able to produce tears on demand:

“If you want to be an actor and you don’t have your emotions right at the surface, you may as well hang it up right now…I am not saying that if you cry at the drop of a hat or shriek at the sight of a bug you are a talented actor. It just means that you have some of the basic tools to become a good actor… if you see a crazy emotional sort of person come into an audition, don’t assume that a great actor is in your presence. They may just be neurotic.”

Yet being unable to cry on demand can prove a face-losing shame akin to impotence for actors, with glycerine or CGI tears the ‘cop out’ no ‘real’ actor should need to resort to. At least, many actors seem to feel this, based on their anecdotes.

Another director seeking web-advice over at dvxuser.com got – amongst others – these replies from peers when asking about the problem of getting an actor to cry:

“In soaps, they use what in Brazil we call ‘Chinese crystals’.”

“Slap Her/Him really hard.” (well it worked for Billy Friedkin on ‘The Exorcist’)

“Insulting an actor, or trying to hurt them emotionally to get the result of crying is a bad idea in most cases because that isn’t how actors are trained to work. Most times, that sort of approach will totally shut an actor down, if not cause them to leave the set entirely…You could still resort to using fake tears, but the problem with fake tears is that it’s usually just icing on a fake face. If your actor can’t get close to the emotion needed, having fake tears on their face won’t do much to bridge the gap.”

As far as I can tell, whether or not an actor’s approach into that painful emotional zone will work when the cameras roll is something of a crap-shoot. Usually, the director hasn’t got all day to wait for you to crumble.

On the other hand, you can get lucky. Though Jane Fonda’s excellent performance in Alan J. Pakula’s Klute (1971) deserved its Academy Award for more than one scene, her genuine (and rather snotty) crying jag in front of killer Charles Cioffi in the finale couldn’t have hurt her chances at the Oscars. Fonda was intending to play the part ‘scared’ – which is apposite for the scene set-up – but on listening to the tape of her on-screen friend being murdered, she reacted with waterworks instead…

One of my favorite Hollywood cryers (advance to 1:20)

Hard to keep one’s eye on the ball-earth and come to terms with how its geography can be levelled out and presented flat. Globe earth is so complex to render in 2D that we have hundreds of different maps and projections as experts like to label them. Source: all unreal | South is Center – … END_OF_DOCUMENT_TOKEN_TO_BE_REPLACED