I found this article interesting, from a deception point of view.

A “pretend” butcher shop in the village of Belcoo in County Fermanagh, Northern Ireland, near the site of next month’s G8 summit. Some vacant stores and shops in the village have large wraparound stickers on the windows to make them look occupied.

Just what is a Potemkin village? Let’s read from Wikedpedia:

The phrase Potemkin villages (an alternative spelling is Potyomkin villages, derived from the Russian: ???????????? ???????, Potyomkinskiye derevni) was originally used to describe a fake village, built only to impress. The phrase is now used, typically in politics and economics, to describe any construction (literal or figurative) built solely to deceive others into thinking that some situation is better than it really is. It is unclear whether the origin of the phrase is factual, an exaggeration, or a myth.

Deception and Fakery are such wickedly fascinating sisters.

Thanks to anonjedi2 for this great illustration of crude media fakery. If a simple hobbyist can do this, than so can someone with a paid gig.

via Make Your Own Mayor Ford Smoking Crack Video – YouTube. 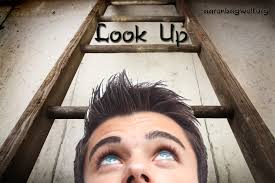 Look up, look way up to the top of the blog. This guide deserves its prominence and is required introductory reading if you read nothing else on 9/11. 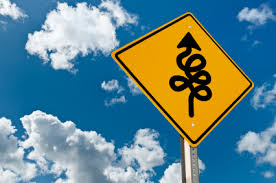 Security level RED according to the actors who play western security head roles.

The former head of MI5 Dame Stella Rimington has called for British people to inform security services if they suspect their neighbours maybe extremists.

via Former head of MI5 calls for people to spy on neighbours following murder of soldier Lee Rigby | Mail Online.

How much more proof do you need that the “government” is at war with its people, since all the major military media terror events are faked?

I wonder how long until this escalated level of fearwashing (fear+brainwashing) comes to America. Get the children while they’re young.

The exercise, which is to last until Wednesday as part of national emergency week, will involve the Home Front Defense Ministry, the National Emergency Authority, local authorities, government ministries and all emergency responders.

“We are investing billions so that the home front will be better protected and better prepared,” Netanyahu added.

Worth watching again to remind us of 1994 capabilities.

Could they have used a similar technique in the alleged Rob Ford video? Of course. I doubt there is a Rob Ford video, but if there is, Hollywood could easily have created it.

In the digital age of fakery, they can take anybody’s image and put it anywhere, anytime, in any situation. There’s no way you can prove it’s not you, either!

It took a lot of makeup — and some movie magic — to bring Liberace back to life for HBO’s Behind the Candelabra.

Michael Douglas plays the legendary Las Vegas entertainer in Steven Soderbergh‘s film, which shows the actor (as Liberace) tickling the ivories as only a skilled piano player could.

It probably won’t come as a surprise that Douglas wasn’t actually playing. But how did the movie make it look so real?

According to the Las Vegas Sun, special effects were used to digitally graft the actor’s head onto the body of Philip Fortenberry, a Juilliard-trained Liberace virtuoso who was the in-house entertainer at the (now closed) Liberace Museum in Las Vegas for years.

“This is a very high honor,” Fortenberry told the Sun. “To have studied Liberace’s repertoire, and played a lot of the same music and had the type of training I’ve had, it is just an honor to be chosen to do this.”

So how did Fortenberry get involved in the project? Former Phantom: The Las Vegas Spectacular music director Jack Gaughan heard that Soderbergh was looking for someone who could play the piano like Liberace, and he thought of Fortenberry.

“He explained to me that they were looking for a hand double for Michael Douglas and asked me to literally take pictures of my hands, and then take video of my hands at the piano, because Michael Douglas doesn’t play the piano,” Fortenberry told the Sun, adding that Soderbergh also needed someone who could fit into the costumes worn by Douglas.

During filming, “I would be seated at the piano, then they would film Michael Douglas doing a number, then me,” Fortenberry said. “We would do a couple of different takes so they could take my head off my body and put his on. It was all sort of eerie, actually.”

via ‘Behind the Candelabra’: The Secret of Michael Douglas’ Piano Skills Revealed.

Hard to keep one’s eye on the ball-earth and come to terms with how its geography can be levelled out and presented flat. Globe earth is so complex to render in 2D that we have hundreds of different maps and projections as experts like to label them. Source: all unreal | South is Center – … END_OF_DOCUMENT_TOKEN_TO_BE_REPLACED