Just when you thought the AIDS Hoax couldn’t get any stranger, now they mix it with cancer and get some bizarre stories. I don’t believe any of it, and fear this is getting people farther and farther away from understanding what cancer really easy. 3000 Americans, we are told, die each day of cancer (usually its treatment). I just buried a co-worker last week who was diagnosed with liver cancer. He eschewed most allopathic treatment, for better or for worse.

One of the annoyances of living in Canada is that you live in the shadow of the giant, the USA.

You get all its media, politics, and products flashed at you, even more than your native stuff.

PsOps seem to be the same. So, not to be outdone or left behind by its big brother the USA, Canada now has its own ridiculous “pressure cooker bomber” terror plot. There is nothing believable about any of the story. I don’t really feel like parsing it either, but I will make a few notes on the screencap enclosed.

A man and a woman have been charged in an alleged al-Qaeda-inspired plot to place pressure cooker bombs at the provincial legislature in Victoria during crowded Canada Day celebrations, a scheme that B.C. Premier Christy Clark calls “profoundly shocking.”

Just what do the the psyOp masters have against pressure cookers anyway? I’m sure almost no-one uses them to cook anymore, but before the microwave, when people spent time cooking real food, I’m sure they’re widespread. Could this latest promotion of them be helping sales, I wonder? Just finished watching the rough cut floating around the internet. Long before I investigated 9/11, I reviewed this incident and of course, was suspicious. Our trusty government told us nothing to see here, move along.

That was then. Now knowing how 9/11 was pulled off in military precision, and yes, many people would be required to keep a secret. Top on that list would be those that control the media, and that’s not a really large number.

While I don’t think this was a fake event (at the moment), it is pretty clear that if you believe this new doc something is being covered up.

“The second part of the missile theory is even darker. There were Navy maneuvers, U.S. Navy maneuvers going off the coast that day and there’s a theory that one of their missiles errantly hit the plane, but that would require an awful lot. First of all, the investigators made them account for every piece of ordinance on all those ships. And second of all, it would mean that every person, hundreds of sailors involved in that operation would somehow manage to keep this secret and remain silent and do so forever. That just doesn’t happen.” 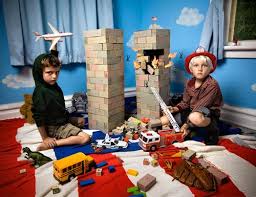 The phrase “justice delayed, justice denied” doesn’t apply to psyOps apparently. Just let them drag out for years and years. Perhaps it gives them time to create a better script, perhaps it just serves as an excuse to keep the story top of mind month after month.

Prosecutors have asked Army Col. James Pohl to set a Sept. 22, 2014, trial date, establish deadlines for pretrial motions and hold monthlong hearings to resolve preliminary matters that must be addressed before the death penalty case against five Guantanamo prisoners can be heard by a jury of military officers at the U.S. base in Cuba.

via Judge asked to move along 9/11 case at Guantanamo – Yahoo! News.

Would you be posing peacefully while a fire burns behind you?

Not too sure what to think of this latest promoted story. The pictures have sim quality to them. If 19 died, where are all their pictures and back stories? Too much effort to concoct? The story doesn’t make sense. One survives while he’s moving the truck? Not a lot of occultic numbers, but this reference certainly tell us something:

The tragedy is the deadliest single incident for firefighters since the September 11, 2001 terrorist attacks, where as many as 340 crew members lost their lives, officials said

via Nineteen firefighters dead in the Yarnell Hill wildfire that spread from eight acres to 2,000 acres overnight in Central Arizona | Mail Online.

Why are all these stories covered more heavily in the British news? Is there something at play here? Why are the British media so heavily invested in US tragedies? Is British intelligence heavily involved in US PsyOps? Tavistock? Points to ponder.