Odd photoslop job too. Why is this guy leaning over so much? Can’t he stand up straight? Is it to obscure the poor cut and paste of the improperly sized head on the body? Is it just to spit in our faces?

This is how disinfo works: if Joe Public ever researched this Crist 40M lottery hoax, this story would come up first:

An email scam circulating the continent is exploiting the generosity of Calgary lotto winner Tom Crist.

Crist, who won $40 million dollars in lottery money last year, made headlines around the world when he announced he would funnel all his winnings into a charity set up in his late wife’s name.

“I thought I was talking to Tom Crist, and he told me the story of his wife — I told him I understood how it is to lose someone you love, because I lost my parents and husband,” the single mother of two told the Sun, adding she will never see the $550 she lost to the scam. She also won’t be able to buy the puppy she had promised her son, Mitchell adds.

Of course, this hoax story is a sub-hoax to create confusion over the main hoax. A layer of the onion. Guess the perps read this blog. Welcome!

Here’s a “couldn’t have written it better” story about a lottery winner.

Julie Kelly and her husband are expecting their first child in the New Year, but won’t have to stress about paying for their baby’s bottles or diapers.

I wonder why we don’t get to see the other two winners.

As many Canadians gather around their impossible to win tickets, dreaming away, I wondered again what the reason is that the big winners are probably hoaxes, or liars for hire.

Then it occurred to me, in explaining to two people who just bought a few tickets, why. (it’s good to be able to be a creative thinker – fakeology frees one’s mind for much creativity).

I think the odds of winning are astronomical, and as such, winning numbers almost never come up. Instead of a problem, that can be an opportunity for the “gaming you” commissions. This allows them to stage the winners. Now they do need big winners, at least a few times a year. My guess is that big winners help account for more than half of their sales. Without the publicity of a payout of over say 30 or so million, they will only get their hard core gamblers, who are, for the most part, poor people.

Now, I’d say the occasional time the numbers may actually come up, and they get a legitimate winner. My guess is that happens less than once a year. The rest of the people you see winning BIG amounts are simply paid actors, including those that proclaim to have blown it all months or years later.

Since most psyOps are all about control, they can always script the winners and their profiles. This is the ultimate form of propaganda. They will hit all the emotional points with their winners. They will spread the “good cheer” in a very egalitarian way: young, old, black, white, brown, couples, singles, hetero/homo, etc. Controlling the outcome of this very widely subscribed to event is important. Lotteries, in Canada, are just as widespread as Tim Horton’s.

Another fresh, quite unbelievable story (Tom Crist, as in Jesus Christ?):

A Calgary man who won $40 million says he will donate it all to charity.

Tom Crist was the winner of the Lotto Max jackpot on May 3.

Crist plays both Lotto Max and Lotto 6-49 by subscription, meaning players can pay for their selections for up to a year at a time.

Subscribers’ numbers are checked for them by the Western Canada Lottery Corp. after each draw and they are automatically paid any prizes won.

By subscription? How dangerous is that? Why would someone who intended to give it to charity play this way? Why wouldn’t he just give directly to charity? This story has so many memes that make no sense, which of course is the purpose of fake stories. Conflicting, contradicting: disinformation defined.

CNN
…esture even if you are already set. Crist, who won the jackpot in May, told the CBC that his wife of 33 years, Jan, died almost two years ago of cancer. The lottery jackpot will be placed in trust and wi…

It may be cold in the prairies, but at least they win the lottery. This session of “good luck” brought to you by our favorite number.

Canada’s Prairie Provinces might just be the luckiest places to be, if the closing days of 2013 are any indication.

It’s more than $74 million bucks heading to Prairie players and a sizeable portion of those winnings are owed to tickets purchased here in Alberta.

Ho hum, here’s the lack of story about the other winner in the biggest lottery win ever (?) in the US:

These psyOps are all part of the Hegelian dialectic: thesis, antithesis, synthesis of a fake world. We’ve had enough negative psyOppery, how about some positive lies just in time for Christmas?

The winning numbers are 8, 14, 17, 20 and 39, with the Mega Ball number 7. The winners can choose to be paid over time or in a cash lump sum, Mega Millions Executive Director Paula Otto told The Associated Press. Based on the $648 million figure, the winners would receive $324 million each over time or $173 million each in cash. (digits add up to 9, 11)

“I’m so excited and nervous too,” Soo Lee told Fox 5 News. She said she sold around 1,300 tickets at the store on the day of the drawing.

The jackpot started its ascent on Oct. 4. Twenty-two draws came and went without a winner, Otto said.

I can’t wait to see the (sim) winners. As I said before: they are probably going to be the usual crisis actors with sim-backup, or they may actually pay out (in some way) these lotteries for real. There is a chance the numbers could have come up, however infinitesimal the chances are, although I doubt it. 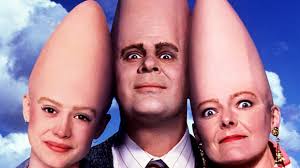