Stonehenge is a monument in Wiltshire, southern England, UK allegedly of prehistoric origin.[M 1] It seems more like a modern fake. 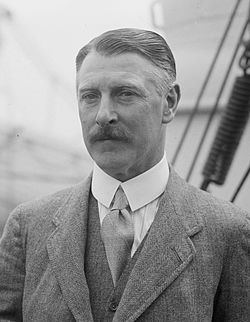 Stonehenge was put up for auction in 1915 by the Antrobus family following the death in World War I of the only surviving male heir. Cecil Chubb's interest in the local area led to him attending the sale, with him bidding and purchasing Lot 15 on a whim for £6,600 (about £519,000/€613,000/$679,000 today), as he wished to avoid the stones being acquired by someone overseas. It is also speculated that he bought the stones as a present for his wife, only for her to be less than pleased with his new purchase.

"The Antrobus Baronetcy [...] was created on 22 May 1815 for Edmund Antrobus, of Antrobus Hall, Antrobus, Cheshire, a Fellow of the Royal Society, with remainder to his nephews Edmund Antrobus and Gibbs Antrobus. He died unmarried in 1826 and was succeeded according to the special remainder by his nephew Edmund, the second Baronet. He and his brother Gibbs were the sons of John Antrobus, brother of the first Baronet. The second Baronet was succeeded by his eldest son, the third Baronet. He sat as Member of Parliament for Surrey East and Wilton. His eldest son, the fourth Baronet, was a Colonel in the Coldstream Guards. He died without surviving male issue and was succeeded by his younger brother, the fifth Baronet. Most of the Amesbury Abbey estate in Wiltshire was sold the same year [(1915)]."[M 4]