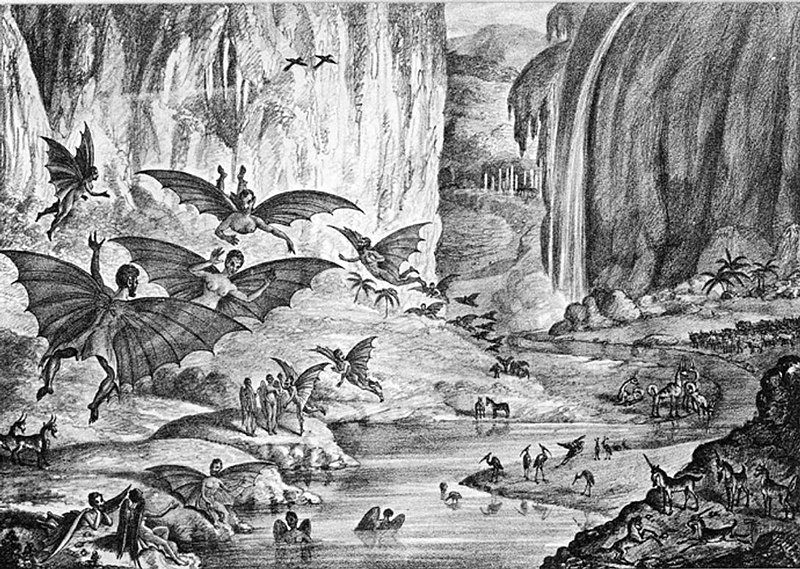 This file is from Wikimedia Commons and may be used by other projects. The description on its file description page there is shown below.

(All user names refer to en.wikipedia)

Click on a date/time to view the file as it appeared at that time.

There are no pages that use this file.

This file contains additional information, probably added from the digital camera or scanner used to create or digitize it. If the file has been modified from its original state, some details may not fully reflect the modified file.
Retrieved from "http://fakeologist.com/fakeopedia/index.php?title=File:Great-Moon-Hoax-1835-New-York-Sun-lithograph-298px.jpg"