An additional millennium of the Christian calendar in the Russian archives

An additional millennium of the Christian calendar in the Russian archives

In the metric books of the north of the Volgograd region 226 years ago, the Christian year was recorded without a millennium. For example, in documents relating to 1796cc, the year was written as "796". 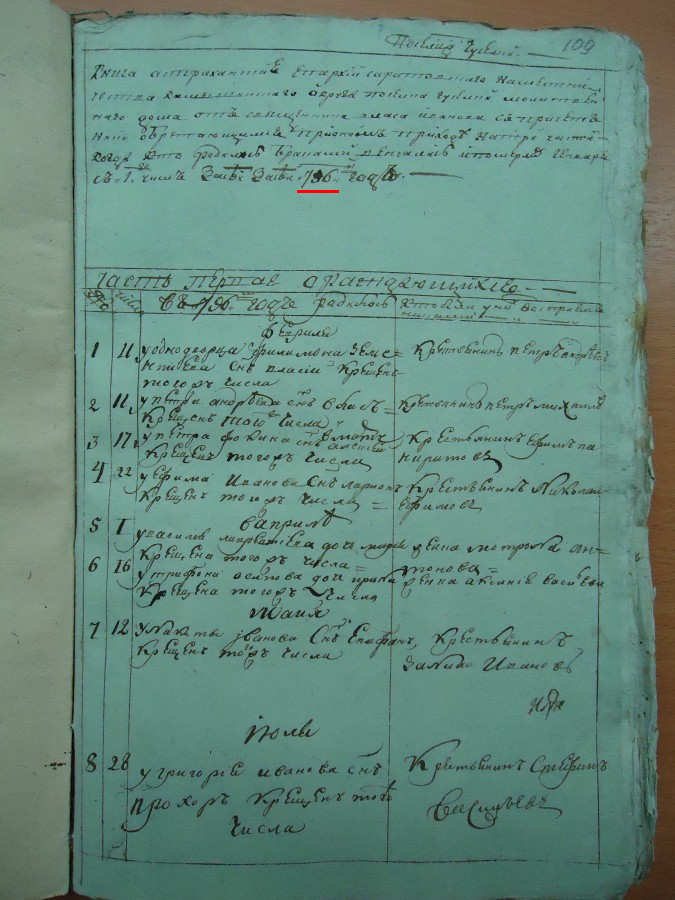 (from the metric book of the Astrakhan Diocese, Saratov viceroyalty, Kamyshinsky district)

Two years later, an additional millennium appeared in the dates of the documents, here is a document from the same archive, here already "1798". 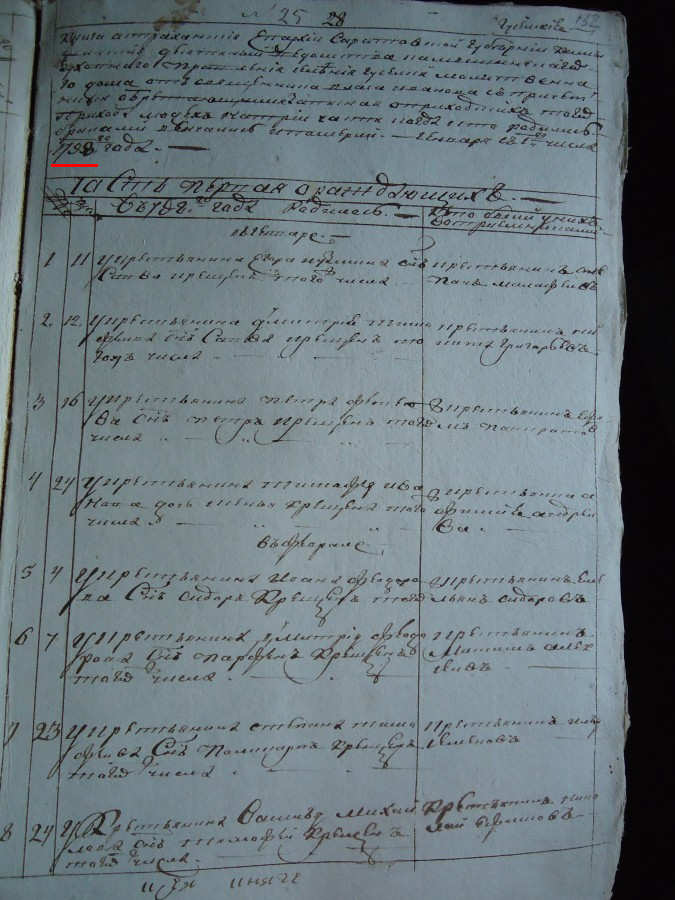 (from the metric book of the Astrakhan Diocese, Saratov Governorate, Kamyshino County)

In the comments somebody noticed that, perhaps, in this document "798" is written (that is, 7 looks like 17), since the "798th year" is clearly indicated on the same page. 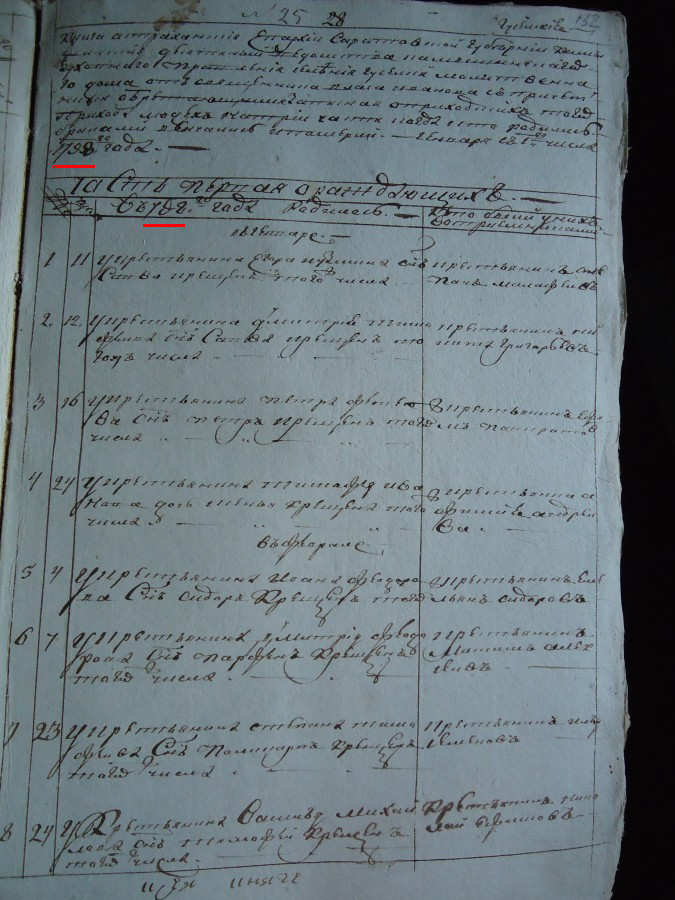 But a few years later, in the new century, the millennium is apparently already added in the Saratava province, "1803". 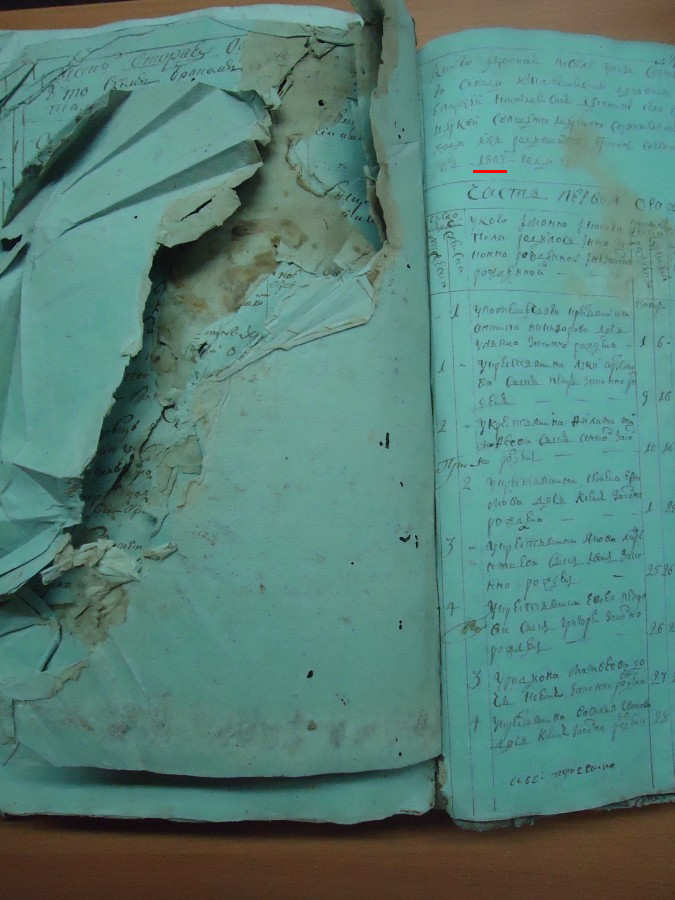 It seems that the additional thousand years appeared simultaneously with the transformation of this viceroyalty into governorate.
According to the official history, the transformation of viceroyalties into governorates took place by decree of Pavel Romanov, Earl of Oldenburg, Duke of Holstein-Gotorp, Grand Master of the Order of Malta (Knights Hospitalier). His reign lasted four years, ending with his assassination by conspirators.


In the metric books (orthodox version of parish register) of the Ulyanovsk region 239 years ago, the church year was recorded without a millennium. In the documents relating to 1783cc, the year was written as "783", but the next year the documents were signed as "1784". 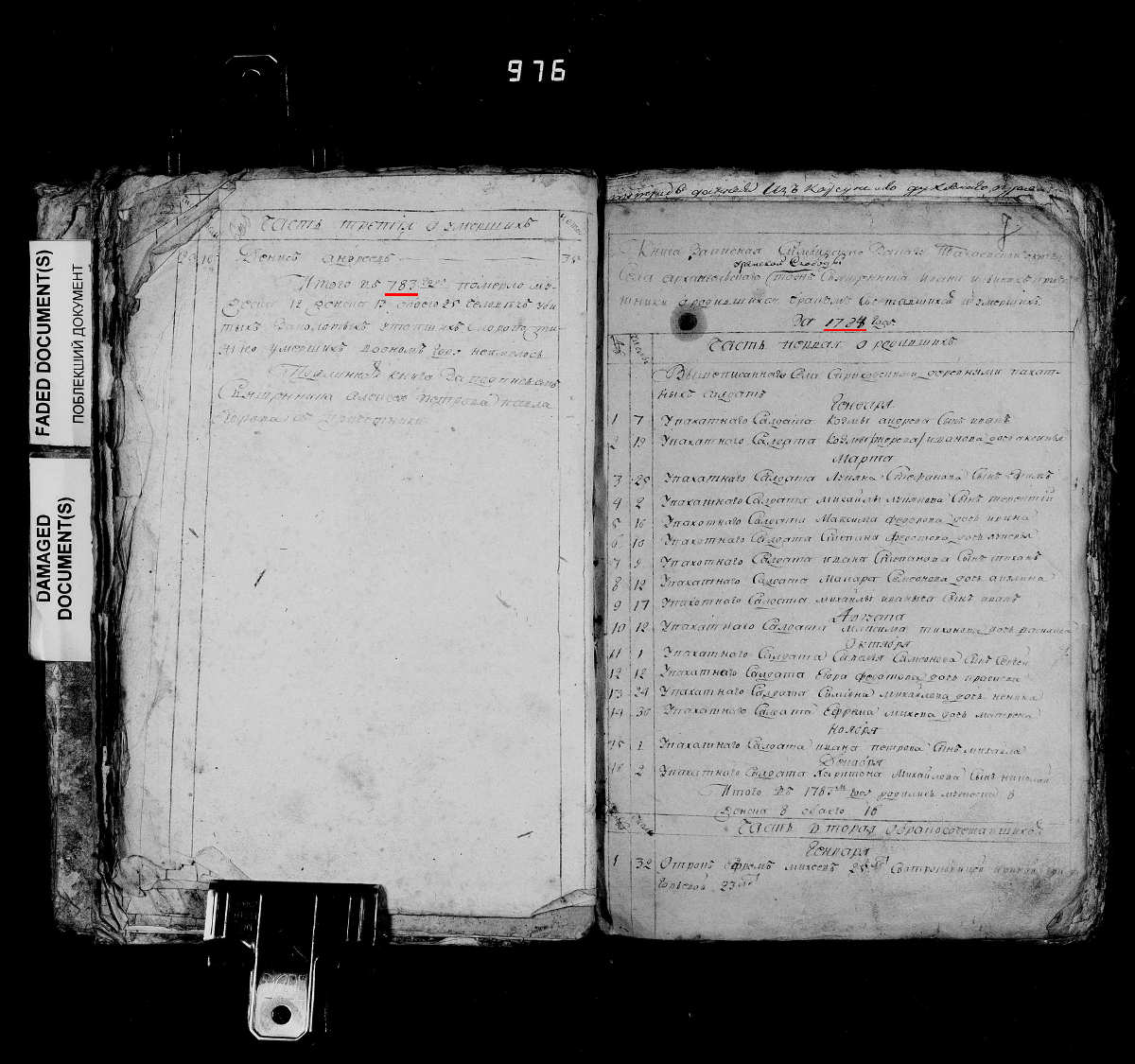 Other documents of this church with the dates without millenium: Taking into account the documents from the previous region, an additional thousand years appeared in different regions in the documents at different times (in Saratov viceroyalty the transition was carried out about 10-15 years later).
According to official history, the transformation took place soon after the formation of the Simbirsk viceroyalty in the territories of the former Kazan province (region with the predominance of Tatar language and Islam) by the decree of Princess Sophia Augusta Frederica of Anhalt-Zerbsta, born in Saxony-Anhalt, who later took the name of Catherine. She came to power as a result of a palace coup that overthrew her husband Peter Romanov, Duke of Holstein-Gothorp.

290 years ago in the Tula province, in the Kashirsky district, in the village of Gorodishche (Four churches) on the land of the Vyatichi, the year was recorded as "732":

A dozen years later in the same county, the year is written as "1744":

Nearly, twenty years later, in the revision of Ievlevo village, in the title a year recorded with thousand, and in the data itself there is no thousand: 233 years ago, in Revision Tales of the Provincial State Chamber (State Archive of the Tula Region) in the Belevsky district, the year is written in documents in the old way, without a thousand, "789". In the Tula region, the transition to a new recording style took place all the eighth or eighteenth Gregorian-Julian century, according to local documents from the archives. Given the difference in handwriting, it cannot be ruled out that some documents were later rewritten.
Taking into account the proximity of Tula region to the center and admitting the authenticity of the above documents, the transition to a new form of writing was probably started around 1740cc, when according academic history Emperor Ivan Antonovich formally reigned the first year of his life, under regency of German duke Ernst Johann von Biron. The baby emperor was overthrown by Elizaveta Petrovna, spent almost his entire life in solitary confinement, and already in the reign of Catherine II was killed by the guards at 23 years old when indigenous people of the region tryed to release him.
Top
Post Reply
1 post • Page 1 of 1