This one has fascinated me. Is Neil acting?


I understand this is maybe the first press conference after the first Moon Landing. If you follow the dynamics of the way Neil is talking, it's like a giant disappointment. Yet it is hard to fathom why? Could they have really not been in the know right from the start? And later, 1970, Neil gives an interview to Patrick Moore, much more upbeat this time.

A little more from the first one.


If you are not familiar with this issue, you need to see a longer section of this interview and then come back here. It will help you better to understand what exactly happened.

The question was a bit unclear. Patrick Moore asks a two part question first about how soft is the lunar surface and then he said "when you looked up in the sky could you actually see the stars in spite of the glare and the Solar Corona?"

P. Moore did not ask the Apollo11 crew if they could see stars during the Solar Corona photography.

Using the word 'Corona' in his question he was referring to the general glare, the daylight, and the Solar Corona as a general light not the Sun's halo. Whichever way you like to interpret his question, OK, but he clearly never mentioned any solar corona photography at all.

Although I believe P. Moore was later a NASA propagandist, and thus a major idiot, I am sure he knew that to make Solar Corona photography you don't need to go to the moon. Using a Solar filter with a center dark disk and the job is done easily from Earth. However the confusion caused by his somewhat unclear question is what matters here. Armstrong shows he doesn't even know what Solar Corona is, the mispronunciation of both the words is simply not acceptable and the little hand gesture when he phrases "sorda corolla" is more hilarious.

But within his answer is Armstrong who first, and unexpected, mentions solar corona photography. Nobody else. At that point Collins is falsely alerted and he prepares himself to answer about the solar corona photography. I guess the Apollo11 official scenario includes some Solar Corona photography on which Collins was supposedly involved after all. The already nervous wreck Collins confused from Armstrong (who did not had reason to mention corona photography) feels the need to answer on what he thinks is his part answering and he says "I can't remember seen any'' stars... The one misled is misleading the other here. At that point "captain" Armstrong thinks something like.."Shut up idiot ! you were never supposed to be on the Lunar surface! " and gives the nudge gesture to Collins with his left elbow(!!) because he felt they losing the scenario. And it does not matter if he actually touched him, the gestures are a form of communication and this one says it all. It's like kids who ate the marmalade. Then, quick enough, Armstrong realizes under a long, challenging, and VERY meaningful look from nearly hysterical Collins, that he, Armstrong himself, is the one who first talked about Solar Corona photography therefore he misled Collins... and so he whispers something to Collins in a clearly apologetic manner. It's all there to see.

Here's a bit more of the first interview together with some footage from two Rover test flights that crashed, I think Neil was apparently flying both.

In addition: performance of the Lunar Landing Research Vehicle LLRV in 1968 and recorded sound in vaccum on the moon.


The other thing on this video, the sound on the moon. If you've watched any of the high altitude flat earth balloon flights, when they get near the top, any sound from the recording devices goes silent. So what is the conclusion, there is air on the moon?

...And, spending so much time looking at prosthetics for the Muppet Show thread, I can see them without really trying. I've just noticed, Neil Armstrong is wearing a head prosthetic appliance to obscure what he actually looks like, so therefore there is a good chance Neil Armstrong never actually existed.

See the nose tip, also, look at the bend on the ear. They ALWAYS change the ear shape, note what Sherlock Holmes says in this scene...

...So we can deduce from that, the people writing the Sherlock Holmes script are mindful about always changing the shape of ears.

A bit closer look, see the strange sunken look in the eye area, and why Neil seems to have trouble looking up...

His eyes are so deep-set because he is wearing something like the item below which covers his eyebrows and pushes his eyelids down. We can also see it extend down the front of his nose, giving the odd shape at the tip. Therefore, we have no idea what this person actually looked like. 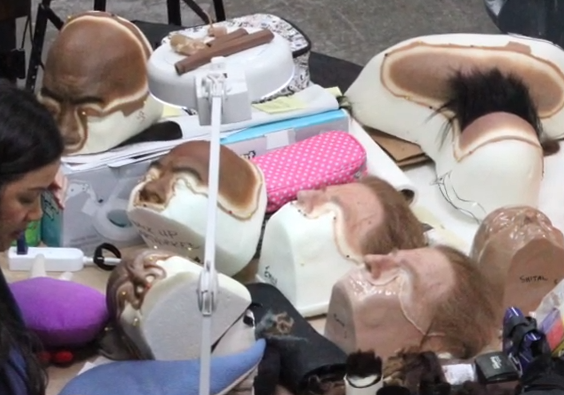 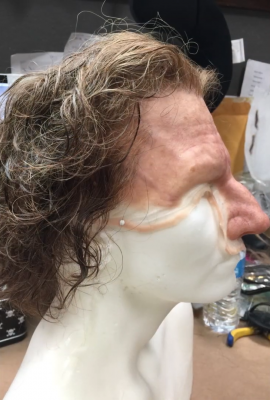 So, the person we know as Neil Armstrong never really had anything to lose in lying about landing on the moon. Didn't he disappear after the event? Doesn't it now make sense how that was achieved. And Michael Collins looks like he is also wearing a fake forehead and nose combo...

A nice little 9-11 there in that headline.


Michael Collins - one of the three crew members of the first manned mission to land on the Moon, Apollo 11 in 1969 - has died aged 90, his family say.

He died on Wednesday after "a valiant battle with cancer. He spent his final days peacefully, with his family by his side," they said.

Collins stayed in lunar orbit as his colleagues Neil Armstrong and Buzz Aldrin walked on the Moon.

Aldrin, 91, is now the only surviving member of the mission.

Paying tribute to Collins, Aldrin wrote in a tweet: "Dear Mike, Wherever you have been or will be, you will always have the Fire to Carry us deftly to new heights and to the future. We will miss you. May you Rest In Peace."

I don't pretend to understand gematria, but I know a little about CODE 19, and that the Bab interpreted it as 1+18, himself being the ONE.

rachel wrote: ↑Wed Jun 01, 2022 1:52 pm The article says:
So, to paraphrase: Apparently the Bab thought God was inspiring him to change the Basmallah from Bismi'llahi'r-Rahmani'r-Rahim to Bismi'llahi'l-Amna'i'l-Aqdas instead, which because he copied the basmallah, also had 19 letters. Then the Bab used these 19 letters as a symbolism for his followers, which he extended. He figured that he stood for the "B", and then said that the next follower of him was the "S". This is why he chose 18 deceiples (18+1), to complete his symbolism for his version of the basmallah! This is why number 19 was so important to them. This explains why they chose to rearrange their calendar in 19 months (even though this goes against the Quran... like much of their faith).

So there you have it.. It explains why code 19 and the Baha'i both see 19 as the central number.. Because both are based on the number of letters in the basmallah. It's not coincidence!


And some matching words...

Be sure to watch "her" eyes right before both collapses.

I wonder what the under water training in airtight suits is really for if we think the story NASA gives us is a cover?

I don't think they do anything randomly or just for show. I'm of the opinion they always produce a misdirection to cover something they are doing as an excuse for why they are doing it.
Top

I just rewatched that collapses part, I didn't appreciate the choreography the double collapses the first time around. I do wonder what the thought process behind it was. I mean, the brainstorming, the meeting do decide 'what they are going to do', and how many times they rehearsed it.

Going back to the Michael Collins photo, it's been lingering in my mind since I posted it... 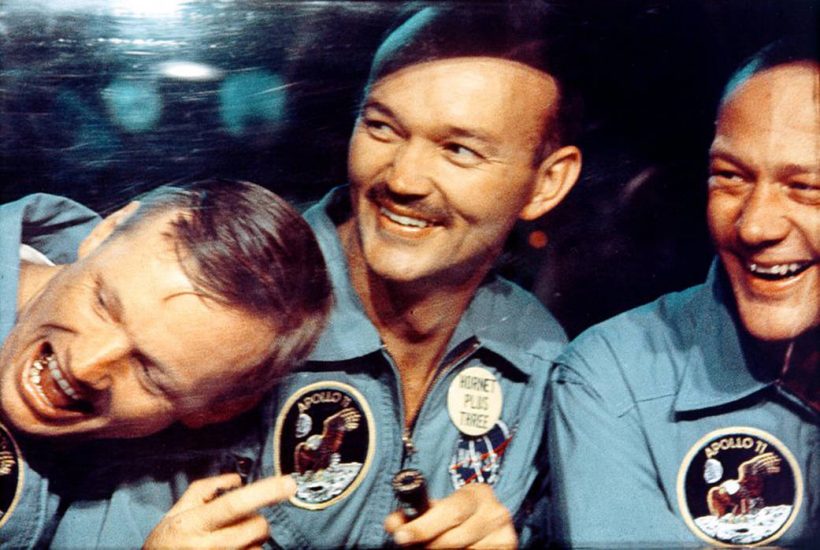 Every time I see him with a moustache I'm reminded of Rob Skiba.

Which kind of tells me the likely type of disguise Rob was wearing. But it also begs the question, was his whole ID inspired by Michael Collins, a subliminal link into our subconsciousness that gave him a pass before he even said a word? That's the point of MINDSPACE - "CHANGING BEHAVIOUR WITHOUT CHANGING MINDS".


rachel wrote: ↑Sun Feb 27, 2022 12:32 pm In the first video Zac is surprised, and he starts looking at the numbers. And the more he looks, the more he says "if Rob Skiba is dead", he's clear it is death by numbers, but he decides not to go as far as calling it out as a fake death, rather he knows what kind of death it isn't.

Jake could do with softening his "arseholeness", but in another post I get the reason for his angst, but I'm pretty sure the reason these people do what they do, it is not personal.

THE END OF THE FAKE FLAT EARTH


Jake and The Flat Earth Warriorz point out much of the same symbolism, therefore giving evidence for the idea Rob is a Masonic Shill and CIA agent rolled into one.

Don't get me wrong, I like Rob, but I don't think the human person who played him is dead, and that should be good news. It's interesting how many MSM type sources ran the story of his death FROM COVID-19, I think he was active for ten years doing the conference circuit, and yet it is really difficult to find many decent resolution images of him online.
Top